Lucara’s Karowe mine in Botswana has delivered another head-turning rough diamond — a 998-carat stunner that ranks as the fourth-largest gem-quality diamond ever recovered. 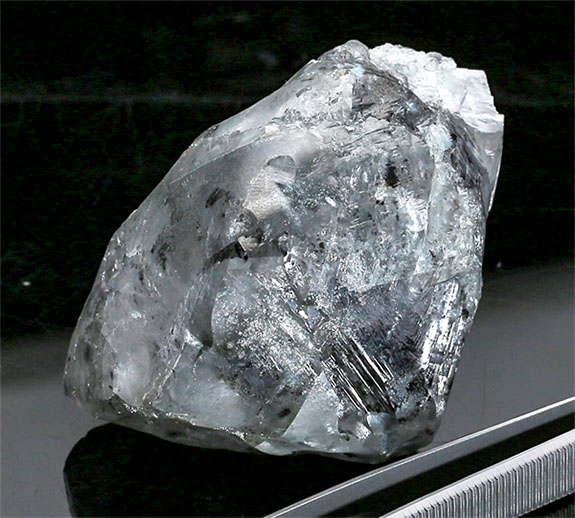 Despite being nearly the width of a baseball and weighing 7 ounces, Lucara’s newest find is less than one-third the weight of the granddaddy of them all — the 3,106-carat Cullinan Diamond, which was discovered in South Africa in 1905. Finished gems cut from the Cullinan Diamond include the Cullinan I (530.20 carats) and the Cullinan II (317.4 carats). 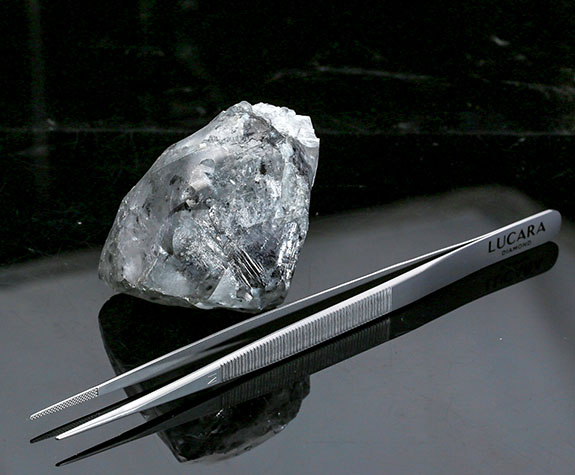 The yet-to-be-named, 998-carat gem might be worth $50 million or more, based on the per-carat price achieved by diamonds exhibiting similar characteristics.

For example, Lesedi La Rona was sold in September of 2017 for $53 million, and the Constellation fetched $63 million in May of 2016. Both were D-color diamonds that had been rated Type IIa, which means they were chemically pure with no traces of nitrogen or boron impurities.

Lucara reported that its newest find measured exactly 67x49x45mm and was recovered from direct milling of ore sourced from the Karowe mine’s South Lobe. Recent finds at the mine included gem-quality rough diamonds weighing 273, 105, 83, 73 and 69 carats.

The 998-carat diamond was pulled from Lucara’s MDR (Mega Diamond Recovery) XRT circuit, a system that uses advanced technology to identify 100-carat-plus diamonds by monitoring the rocky material for X-ray luminescence, atomic density and transparency. Previously, large diamonds might have been mistaken as worthless ore and pulverized during the primary crushing process.

Just last week, we reported that luxury brand Louis Vuitton had secured the rights to represent Lucara’s 549-carat “Sethunya” rough diamond. The retailer will be offering its discriminating clients an opportunity to customize a piece of the rough diamond, down to the exact shape and carat weight.