Birthstone Feature: Check Out the Fascinating History of the Smithsonian’s ‘Chalk Emerald’ 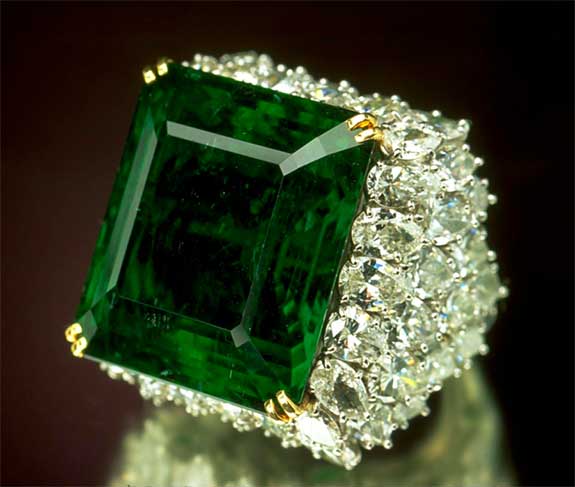 Exhibiting the most highly prized velvety deep green color, the 37.82-carat Chalk Emerald is displayed near the Hope Diamond in the National Gem and Mineral Collection at the National Museum of Natural History in Washington, D.C. 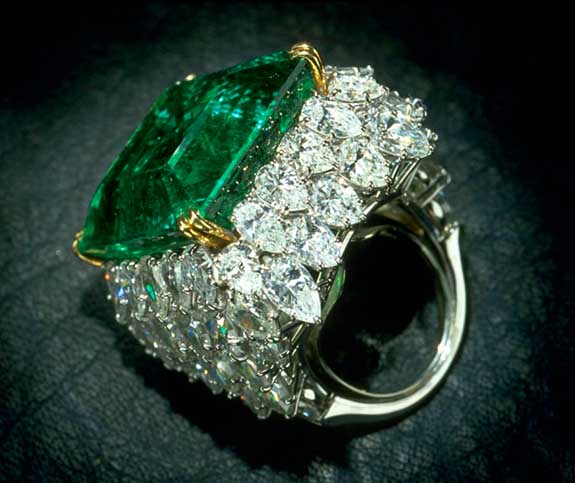 The gem was sourced in the famous emerald-mining area near Muzo, Colombia — a destination widely known as the world capital of emeralds. The Smithsonian reported that emeralds were cherished by the indigenous people of Colombia for at least 1,000 years before the arrival of Spanish conquistadors in the 1500s.

The riches coming from the Colombia mines were of great interest to the Mughal rulers of India, who were captivated by the green gems. This demand sparked a robust gem trade linking the New World to the Middle East and India.

Legend states that the Chalk Emerald was once the centerpiece of an emerald-and-diamond necklace belonging to a Maharani of the former state of Baroda, India. The Smithsonian noted that the faceted stone originally weighed 38.4 carats, but was later recut (losing more than 1/2 carat in weight) and set in a platinum and gold ring designed by Harry Winston. The ring features the square emerald-cut stone surrounded by 60 pear-shaped diamonds totaling 15 carats.

The extraordinary ring was purchased by O. Roy Chalk, the New York-based real estate, transportation and media mogul, for his wife, Claire. The couple generously donated the Chalk Emerald to the Smithsonian in 1972, where it has been on exhibit ever since.

Emerald is the most valuable variety of the beryl family and is known to display a wide variety of visible inclusions, which are referred to as “jardin” (French for “garden”). These imperfections do not detract from the stone’s beauty but, instead, give each stone a unique fingerprint and distinct character.

The name “emerald” comes indirectly from the ancient Greek word for green gem, “smaragdos.” Besides being the birthstone for the month of May, it’s also the preferred gemstone to honor 20th and 35th wedding anniversaries.